Second marriage showers have become very popular. Most of us know couples who have been married before. The idea of a bridal shower is to celebrate a new love and an upcoming marriage, so it's appropriate to have one. 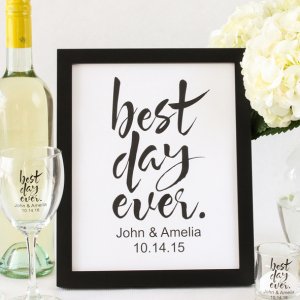 Plans for this event involves many of the same ideas as for a first one. Get together with everyone organizing the party. Decide what would work best for this particular bride-to-be or couple.

The following may answer some of the questions you have about second wedding showers:

• Who hosts the shower?
The maid of honor and/or bridesmaids typically host the bridal shower. It may also be given by any close friend. Second marriage showers are often couples showers. If this is the case, get the groomsmen involved.

• Who is to be invited?
It is best to ask the future bride (and groom, if this is a couples shower), for a guest list. It is proper to send a bridal shower invitation only to those who will be invited to the wedding.

• When should the party be given?
Four to six weeks before the wedding is a good choice. Anytime that works best for coordinating guests, and the "guest (or guests) of honor", may be chosen.

• Where should the second wedding shower take place?
These parties are often less traditional. They can be held at a home, hall, or favorite local bar/restaurant of the couple.

• How about decorations?
Second marriage showers often have a theme that is casual. It might be a luau, music, or western party, with decorations to match.
Keeping things simple and fun, will add to your party's success.

• What about games?
Choosing games that are related to the theme, is an option.
• A great variety of games are available  that are suitable for all ages.

• What are the best food choices?
A buffet is always a good idea. Simple snacks and hors d'oeuvres
are also options.

• Be sure to have plenty of your favorite punch recipe available. 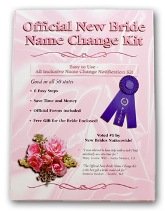 • Are gifts given?
This depends on the ages, and financial position of the partners. Some couples remarry at a young age and still need many of the basics. Others are older and well established. These couples may not want gifts. They may request that guests donate to a charity, instead. If this is their wish, state it in the invitation.
The bridal party may still want to do something special for the couple. Giving a weekend getaway or spa package, are gifts with a personal touch to consider.
• Another practical, but often overlooked idea, is a name change kit.

• What about music?
Songs for a second marriage, can be a combination of the couples taste, or something that coordinates with the theme.

*** A final thought:
Second marriages often involve children from a previous marriage. Try to involve them in your plans, no matter what the age.
This will contribute to successful second marriage showers.


• You may decide to have a couple's party.

• Go from Second Marriage page, to Bridal Shower Ideas For You homepage.

Bridal Shower Ideas and More Newsletter is our way of saying "thank you" for visiting our site. You will receive FREE information, to keep you up to date with the latest trends.